Slovenia is a unique place. A small country with a bit more than 2 million inhabitants, many of them very successful.

Just to mention a few – the first lady of United States – Melania Trump was born in Slovenia. The incredible Luka Doncic, now playing for The Mavericks, also grew up in Slovenia. And so did Goran Dragic, another NBA player and Anze Kopitar – hockey player in the NHL.

But they are not the only thing Slovenia has to offer. It is well worth visiting. It has a little bit of everything. There’s a magical Alpine region filled with mountains and lakes, a Mediterranean Sea, underground world and historical town. Keep reading to see the ultimate itinerary – the best of Slovenia.

Arrival to Ljubljana – the best capital of Slovenia. Your guide will pick you up at the airport and take you to a beautiful central hotel in Ljubljana. The charming capital of Slovenia. Depending the time of arrival you’ll have some time off in the capital. Your guide will point you to the best bars along the river or to the central shopping center – to do your holiday shopping already on day one and just enjoy the rest of the trip.

Or VENICE or VIENNA AIRPORT – LJUBLJANA

The other possibilities of the arrival include Venice, Italy – 100 miles (160 km) from Slovenian border or Vienna, Austria – 150 miles (240 km). In this case your tour guide will pick you up at those airports and we can include a guided tour of either town, you can have a European shopping spree or just some time off and in the afternoon you’ll be transferred to your central hotel in Ljubljana. 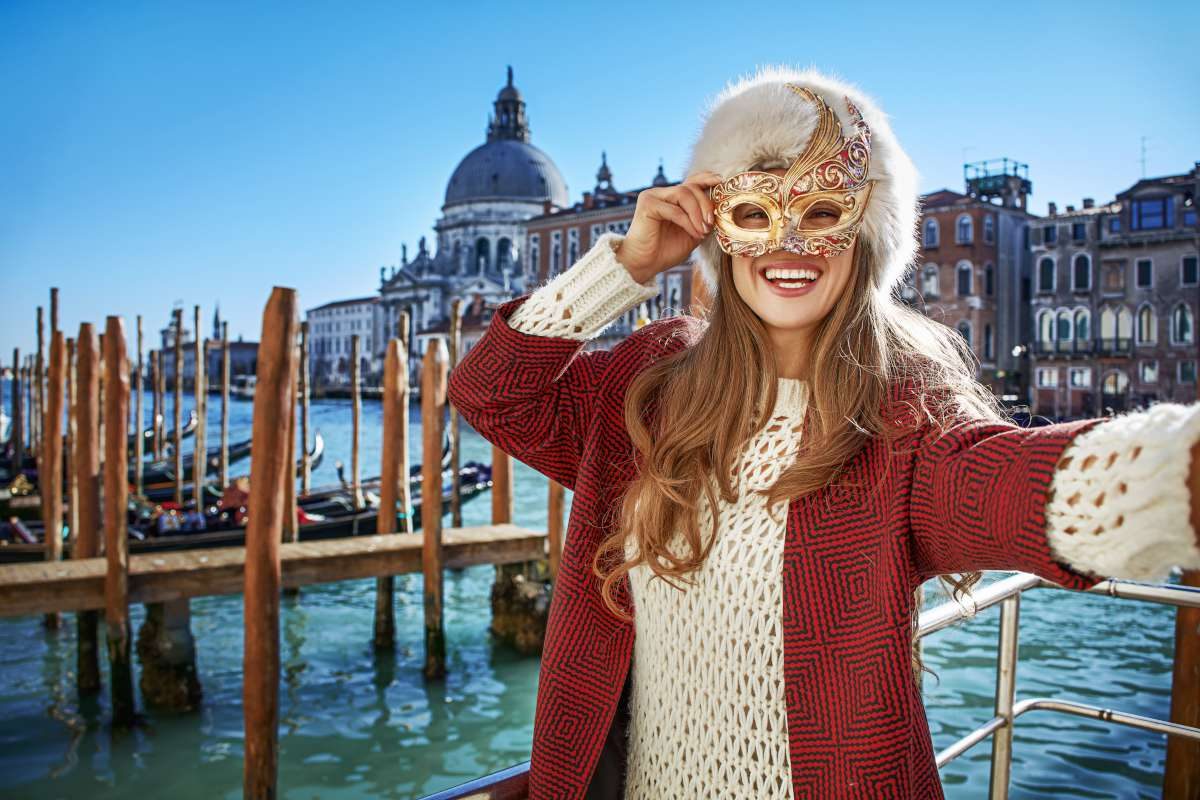 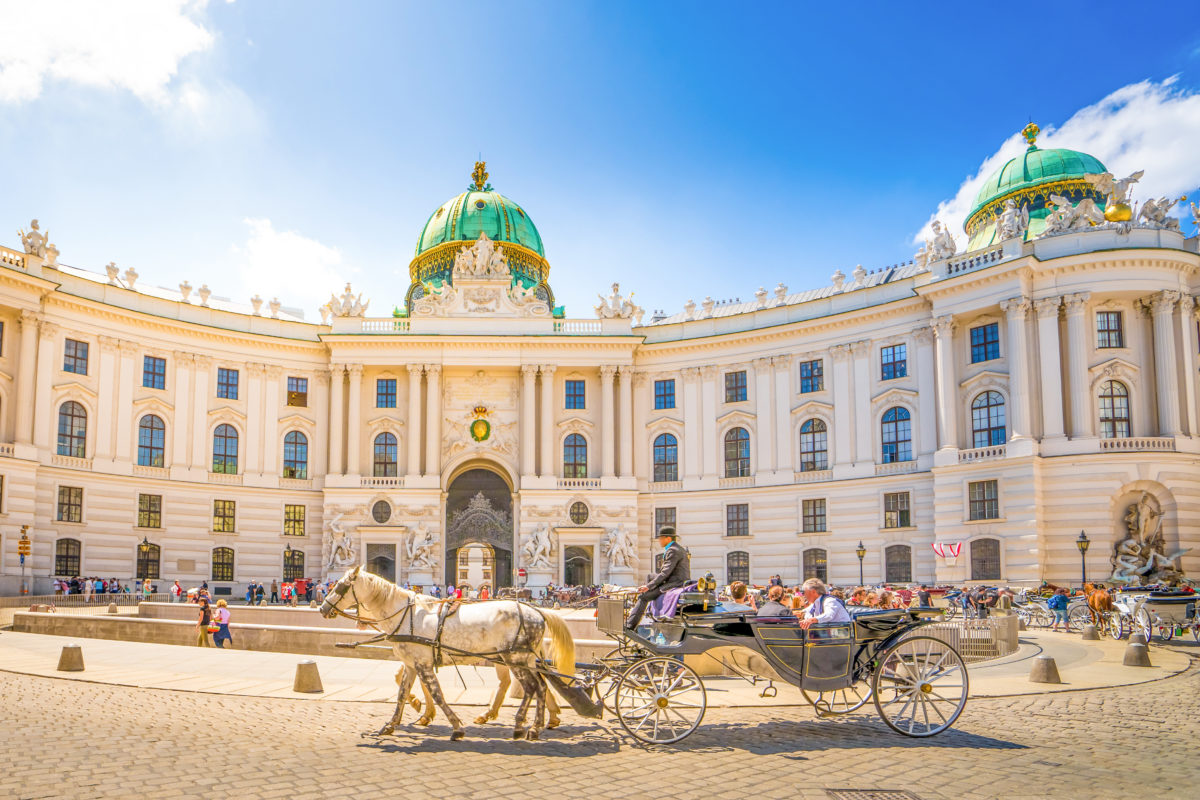 You’ll have a private tour of Ljubljana, the hometown of Luka Doncic and Goran Dragic. The two of them were born and grew up in this beautiful capital of Slovenia. Ljubljana barely has 300.000 inhabitants. It is also one of the safest towns in the World being the capital of one of the safest countries in the World (*). It was also a green capital of Europe in 2017. You’re more than welcomed to enjoy the purity of Ljubljana air, parks and streets.

You’ll be staying in Ljubljana the majority of the nights, don’t be afraid to get lost a little bit, you might find something really interesting. But your first day here will be guided.

You will have a guided tour through Ljubljana. You will be walking along the Liublianica River, which crosses the old town, with its many original bridges, among which is also the Dragon Bridge – the symbol of the city. Ljubljana is truly a city of dragons although Goran Dragic nickname is a pure coincident. A convenient one that is. 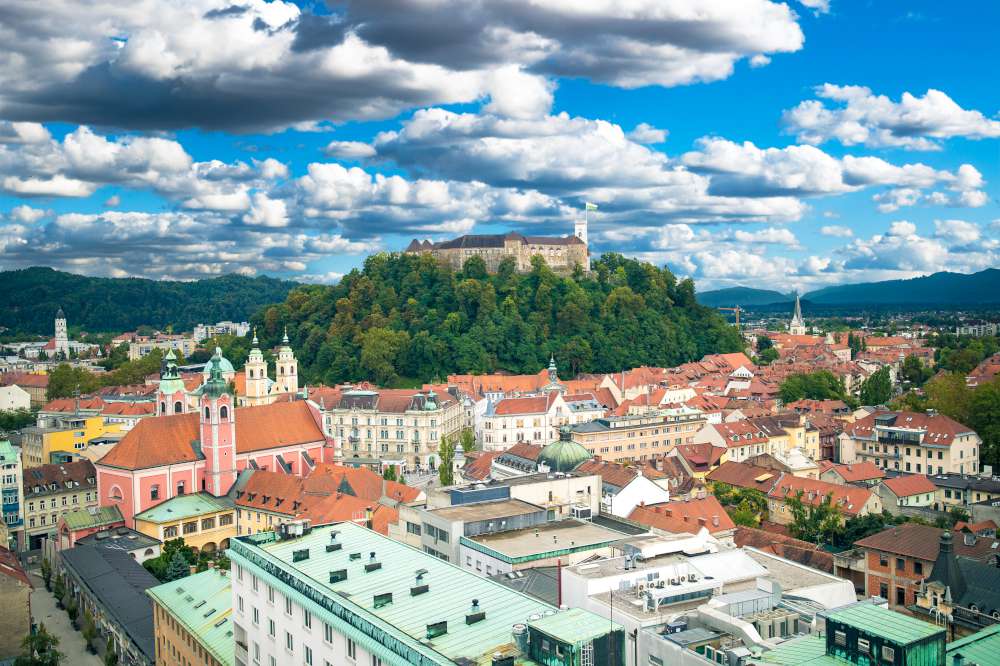 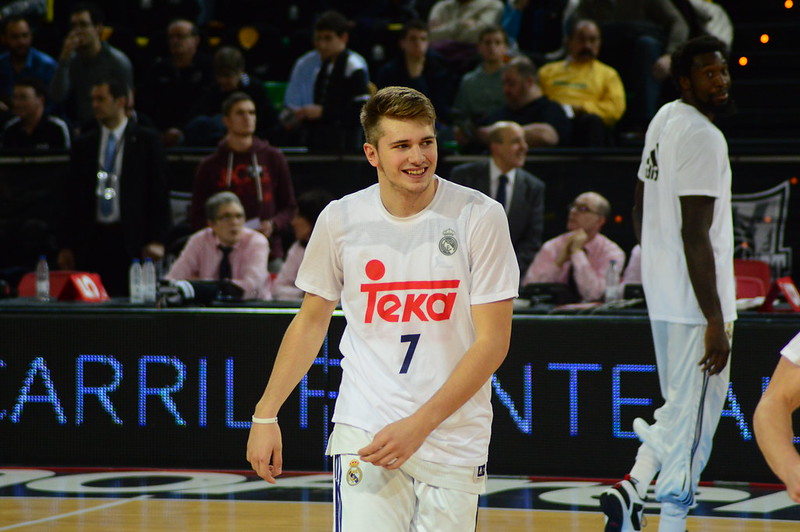 You will see the Congress Square, visit the famous national library, built exclusively from the material of the area, the cathedral and the main square of Ljubljana – “Prešernov trg”, which is next to the three bridges and the Franciscan church built in the Baroque style. Slowly you’ll finish the tour up the hill where the fun will just began. You’re in for a treat. First you’ll experience an authentic medieval tour of the castle finishing with a fun game in an Escape room where you’ll help to save a dragon itself. 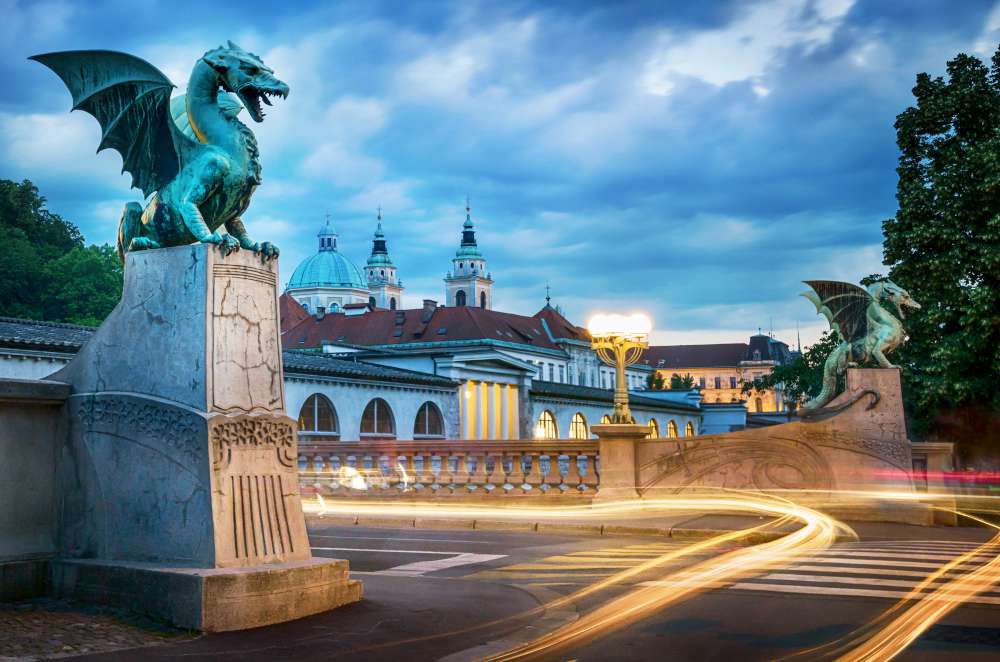 From Ljubljana you’ll head to South-East of Slovenia to the town of Novo Mesto – a birth place of Melania Trump. She was born there on the 26th of April 1970. She didn’t live there though. Her family was from Sevnica and that will be the next destination of the day. Besides the beautiful landscapes, you’ll see the house where she grew up and try a special cake made in her honor.

This will be a special day. You’ll get to know the communist, or better said socialist, part of these lands. We’ll brake many taboos and mysteries connected with the era. When Melania was born Yugoslavia was at its peak.

Did you know that at the time Yugoslavian passport was one of the best in the World? This was due to Tito, Yugoslavian leader at a time, being in a good relationship with both sides of the iron curtain. Including the United States. The country was open to tourists but for some professions – like modeling – it was still important to go international. Melania started in the nearby Milan before legally heading to the States. And the rest is history.

After you’ll get to know this part you’ll go to Celje into the further, medieval history, to get to know the castle of the family that ruled Slovenian from 15th century and up until Yugoslavia was formed.  After the visit you will retour to your hotel in the center of Ljubljana. 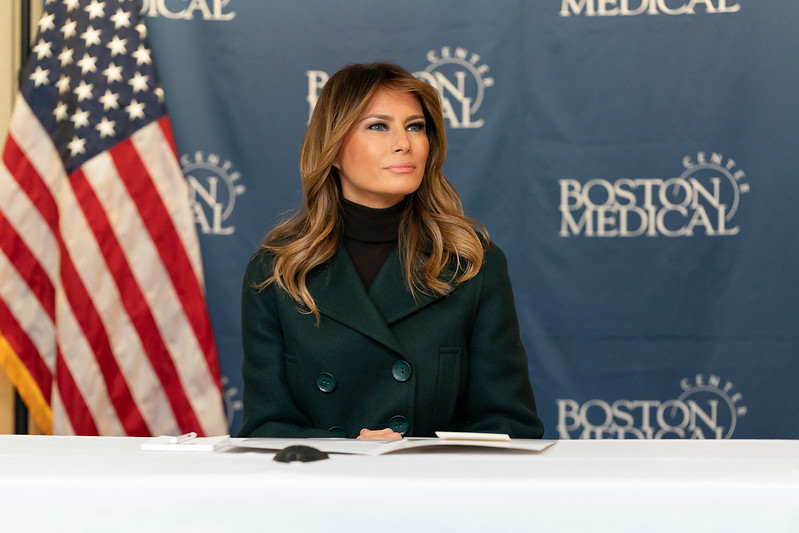 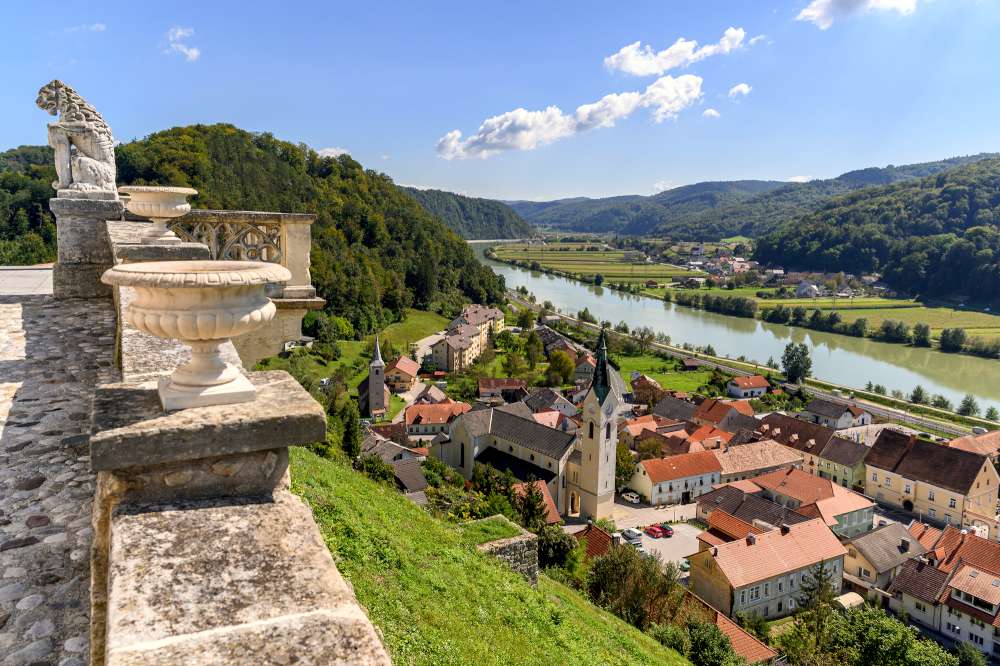 Slovenian coast is short, there are only 26 miles (43 km) of it, but it’s incredibly scenic. It is located on the northern part of Mediterranean Sea, on the top of the Adriatic line. First you’ll visit Piran, the best-preserved urban cultural monument in Slovenian Istria. This Venetian town is known for its Istrian gastronomy and laid back lifestyle.

You have to get close to see and experience the architecture of the city, with the strong influence especially of the Republic of Venice.

There is one more particularity of the Slovenian coast that you will see. We’ll take you to the medieval city wall. From there you’ll be able to see something truly unique – at the same time you’ll have a view of Slovenian, Italian and Croatian coast! 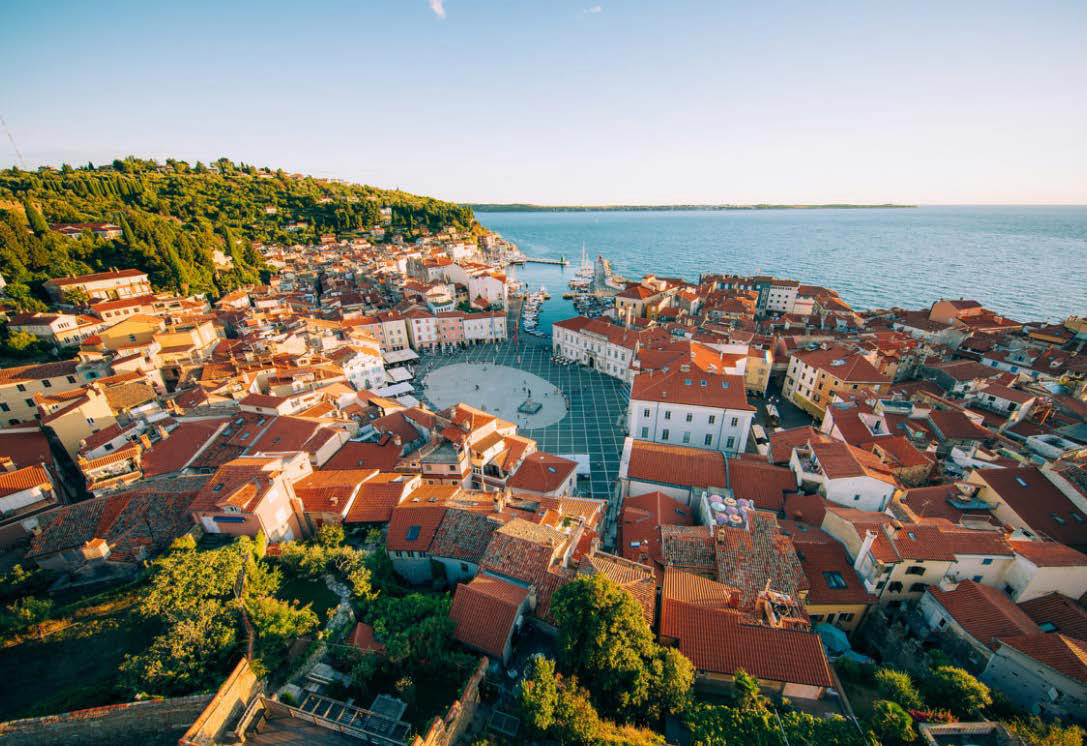 After a free time for lunch you’ll go straight to the Croatian border to see Slovenian Secovlje saltpans. One of the oldest salt pans in the world.  There you’ll have some time off. You will be able to taste the most amazing flour of salt or relax a bit in its unique salty spa center – the best of Slovenia. In the afternoon you’ll return to your hotel in Ljubljana.

From Ljubljana you’ll go south once again, you’ll get to know the amazing Slovenian underground scene. Literally. There are over 10.000 caves in Slovenia, over 30 of them are open for tourists. We’ll take you to see the longest available cave tour for tourists in Europe. Since it is so long you’ll do the first part on a historical train. The first version of it was introduced into the cave in 1886 for tourist purposes already at that time.

The next stop will be another underground wander. A medieval castle built into a cave. It was a strategical position that served really well since the castle was never really conquered. Although a night, Slovenian version of Robin Hood, did die because of a cannon ball that hit him while he was… Well… On a toilet… Doing his thing…

Before going back to Ljubljana, you’ll also visit a Lipica Stud Farm. It is known for its white Lipizzaner horses that are, when born, completely black. 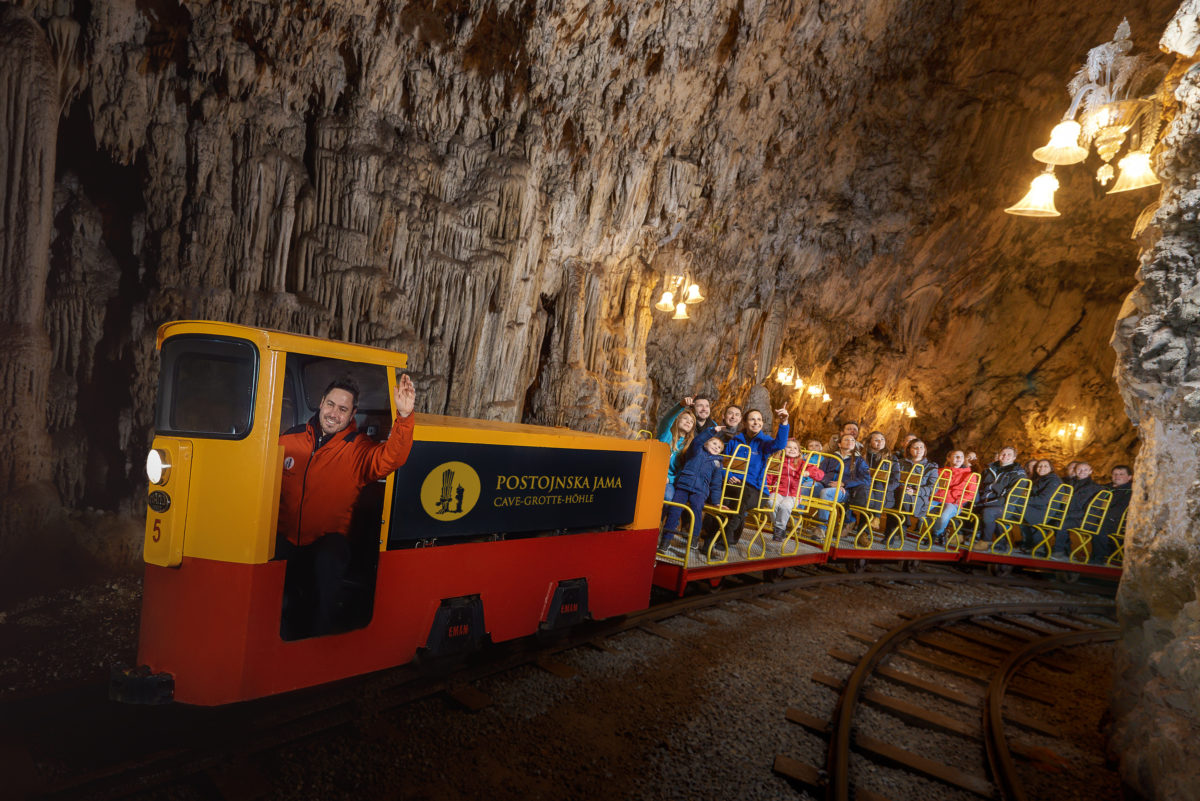 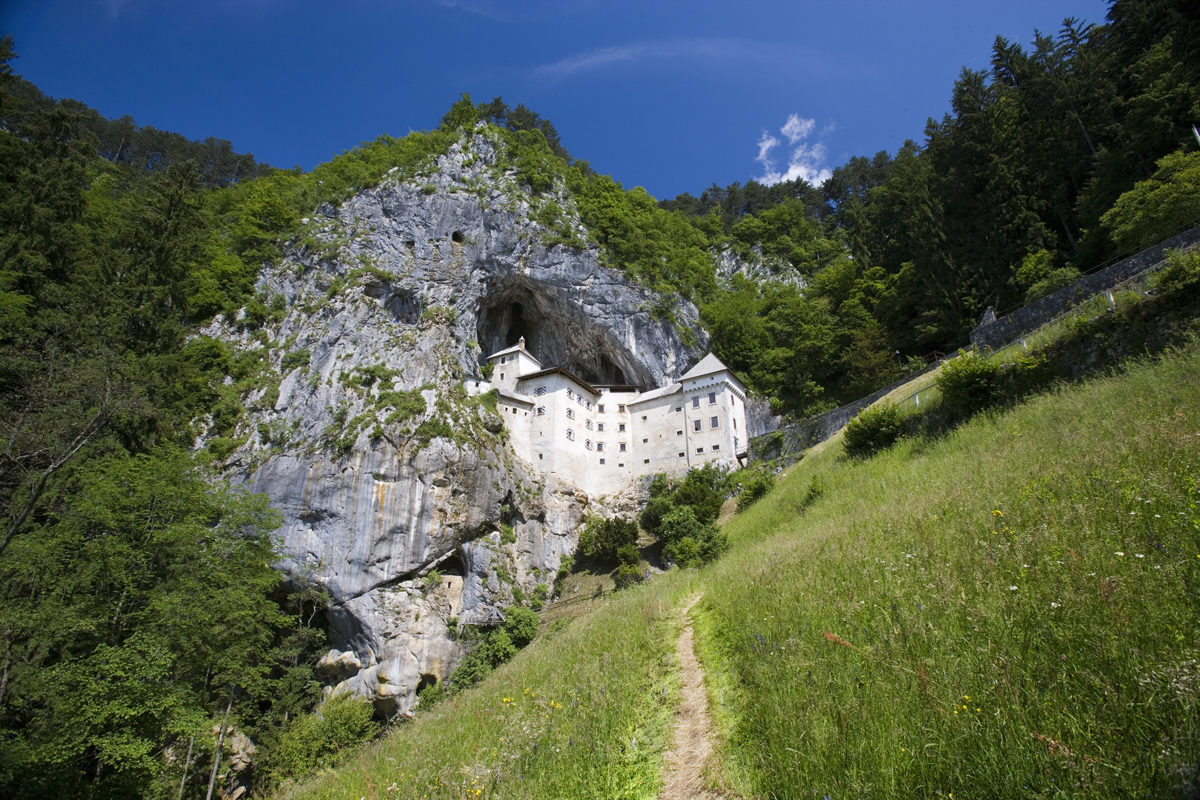 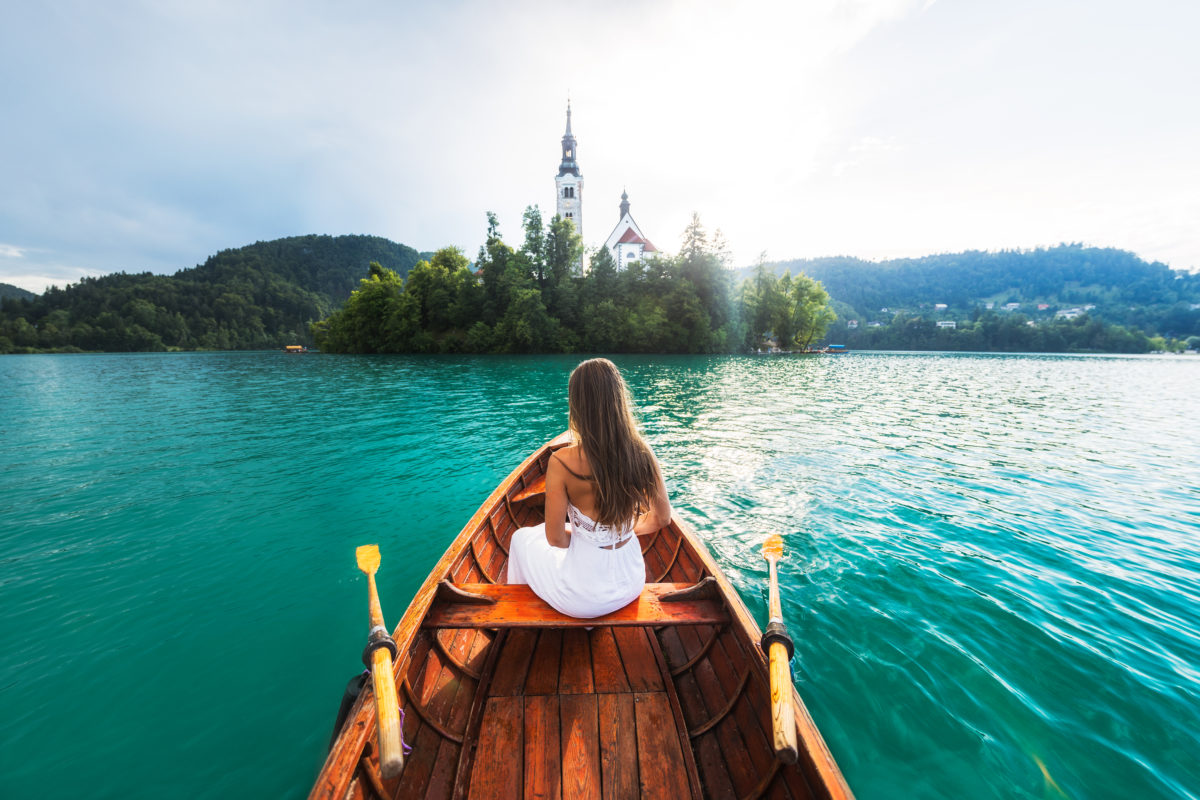 After a check-out of your lovely hotel, it will be time for the second part of your trip. This time you’ll be going up north towards Austria into Julian Alps.

This is, for many, the best of Slovenian regions, a part you definitelly want to include into your itinerary. Detox and refill your batteries!

The alpine area tour will start with the famous Lake Bled. Fun fact – the island in the middle of the lake is the only Slovenian island.

To get there you will take the traditional boat ride. On the island, there are 99 steps to reach the iconic church in the middle. Well worth the climb since the bell in the church tower is known to fulfill any wish you might have. Or so they say. You’ll continue to Bled Castle from where you will enjoy the most incredible panoramic views over the lake and Slovenian Alps.

After some time off for a traditional desert you’ll go to much less touristy Lake Bohinj where you’ll be able to enjoy some peace and quiet of a traditional alpine valley. A nice strole along the shore of a lake or a boat ride are a few options.

On the way towards your alpine stay in a beautiful village of Kranjska gora, you’ll go through Jesenice – hometown of yet another Slovenian star in the States. The hockey player Anze Kopitar. He grew up amongst the mountains that you’ll see all around you. 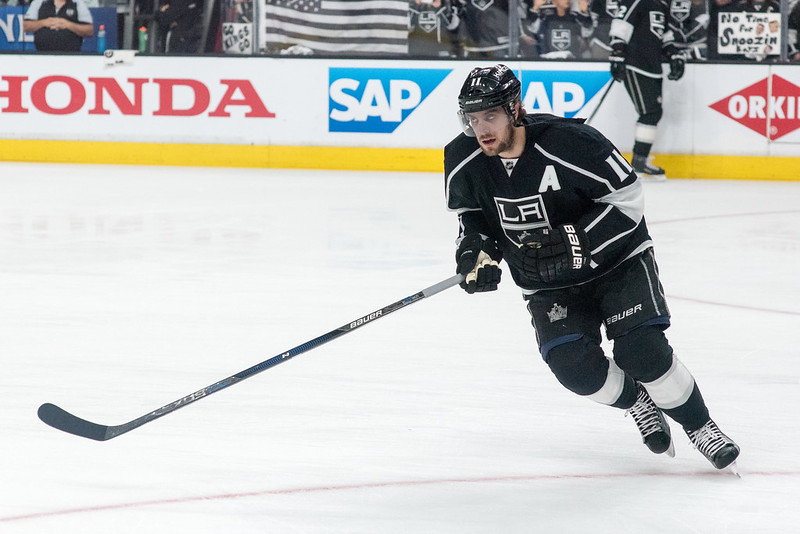 In the morning you’ll first enjoy the relaxing scenic view of Slovenian high Alps. Your guide will zigzag you by car through no fewer than 50 turns across the 1611 m high Vršič pass. On the way you will stop to visit the Russian chapel – monument hallowed to the Russian soldiers who built this curved road during the World War I. With a little bit of luck you’ll see some sheep and cows enjoying the alpine grass. From the Vršič pass, you will continue down the road to Soča River valley. This area is the active adrenalin adventure center of Slovenia and the historical tribute to the WWII.

Here we can organize for you something really relaxed next to the emerald river. Like a lunch like at Hisa Franko, one of the 50 best restaurants in the world and the restaurant of the best female chef of 2017. Or something much more filled with adrenaline – like rafting or ziplinning through the narrow valleys, or paragliding or even parachuting over this incredible area.

After a full day you’ll slowly return to Kranjska gora. Since this is your last day we’ll organize you the most unique dinner. A 3-country dinner. You’ll start with a starter in Slovenia, continue with the first dish in Italy, second dish in Austria and you’ll finish with the dessert again in Slovenia before going to bed.

On the last day, when you’ll already see all the best of Slovenia, we’ll take you to the airport of Ljubljana or even Venice or Vienna if you have the flight from there. Depending on the time of the flight we can include some free time for yet another European shopping spree just before the departure.

The other option to finish the tour is to not really finish it. If you have more time we can help you continue the tour down south to Croatia. A nice option is a cruise along thousands of Croatian islands. You’ll be able to see the known towns of Dubrovnik and Split and enjoy the easy going vibe of the islands. The crystal blue sea, historic towns and Mediterranean diet will most definitely impress you. So you’ll have 2 in 1 – an in-land trip around green Slovenia and true relaxed small ship cruise around Croatia. Can it get more perfect than this? 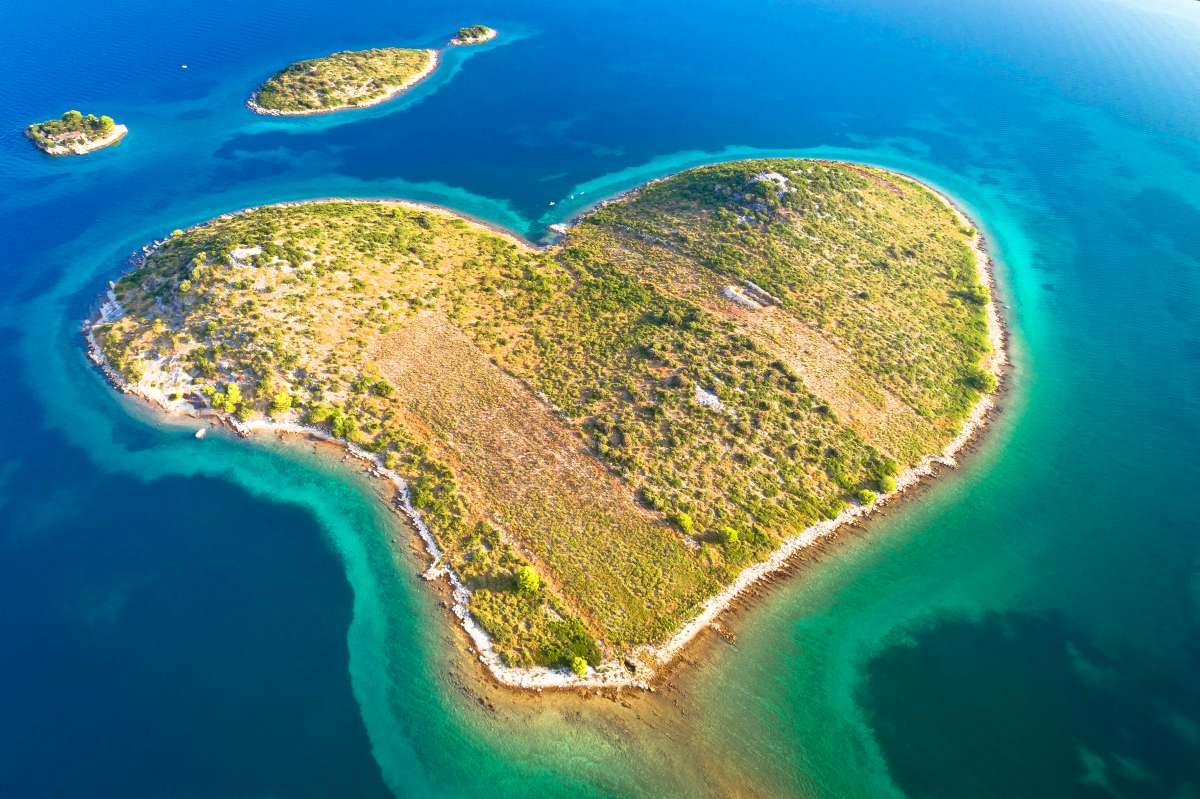 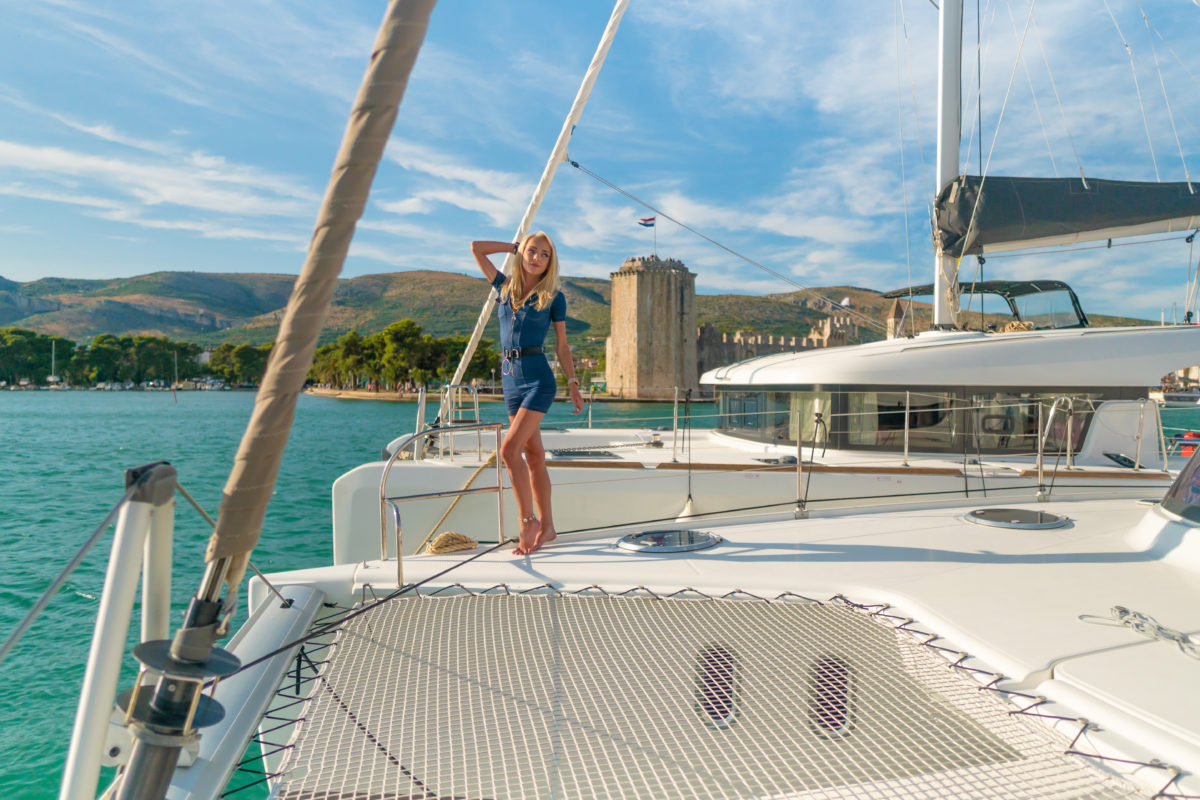 What's included in the best of Slovenia travel itinerary?

*The price is calculated for high season and 4 people travelling, staying in double rooms. The price might vary depending on the exact dates of travelling and number of people. Let us know and we’re happy to prepare you an official exact offer. We can also modify the program according to your wishes.

We know all the secrets, all the tastiest experiences and amazing sights. With us, you’ll really see the best of Slovenia!